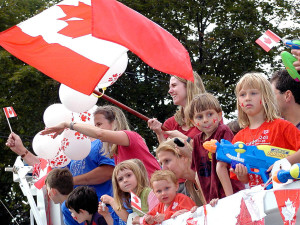 Canada Day (French: Fête du Canada) is the national day of Canada, a federal statutory holiday celebrating the anniversary of the July 1, 1867, enactment of the British North America Act, 1867 (today called the Constitution Act, 1867), which united three colonies into a single country called Canada within the British Empire. Originally called Dominion Day (French: Le Jour de la Confédération), the holiday was renamed in 1982, the year the Canada Act was passed. Canada Day observances take place throughout Canada as well as among Canadians internationally.

My brother lives in Alberta, Canada, and as a result, the kidlets are fascinated with the country. Canada Day is coming up and here are some great Canada Resources I have found online. 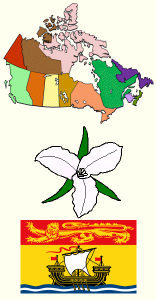 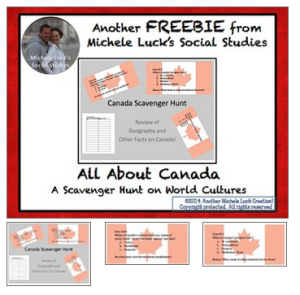 This is a scavenger hunt to help students investigate the human geography of Canada. Teacher directions are provided, offering a number of options for classroom implementation.

Includes 24 student clue cards with multiple choice or open-ended questions for investigation and a student graphic organizer for note-taking during activity.

Also includes Answer Cards that can be used for students to gather the information. Wrap-up questions are also included at the end. Students may also use the internet to investigate clues. Many cards offer bonus questions to delve further into specific topics.

Answers are provided for each.

Students love these activities (having FUN in class) and they still get great content!

Print on card stock and laminate to use year after year. 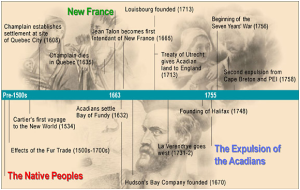 A Country by Consent is a national history of Canada which studies the major political events that have shaped the country, presented in a cohesive, chronological narrative. Many of these main events are introduced by an audiovisual overview, enlivened by narration, sound effects and music.

The menu at the left shows several time periods and the main events within each one. Roll over any time period and click on any topic or sub-topic to go to the appropriate page.
Scroll and click through illustrated timelines below to explore your chosen time period. There are clickable areas on each timeline that will take you to the associated page.

This was the first digital, multimedia history of Canada. It started out as a laserdisc in 1993 and the CD-ROM version has been used in schools across the country. This online, public domain site is the fifth edition of the project. 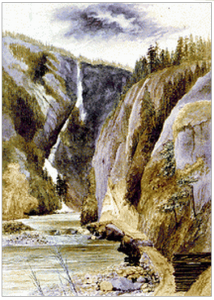 The blood of the fourteen men spilled into the Homathco River before dawn on the morning of April 29th, 1864 was only the beginning. By the end of May, 19 road-builders, packers and a farmer would be dead. It was the deadliest attack by Aboriginal people on immigrants in western Canada, before or since. Within six weeks an army of over 100 men were in the field to hunt down the killers.

On this website you fill find a comprehensive collection of documents, newspapers, paintings, photos, even music, that relates to the events of the 1864 killings and the aftermath. You are invited to become an historian, to study the evidence and come to your own conclusions about the causes, outcomes and guilt. You will find other mysteries here too, not the least of which is, who was Klatsassin? The name means: “we do not know his name”.

Confederation for kids from Library and Archives Canada 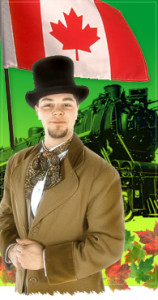 This site was written for young people ages 9 to 13 who are learning about how Canada came to be a country. It is also for anyone else who wants to learn more about Confederation.

Canadian Coat of Arms from Parliament of Canada 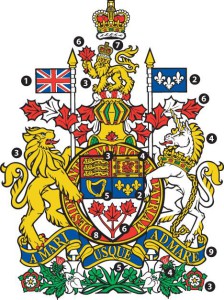 A coat of arms is a symbol used to identify someone or something. Sometimes a coat of arms appears on an important building, or at the top of an official letter. This is the coat of arms of Canada. It contains many symbols that give us clues about Canada’s history and what Canadians feel is important….

The Canadian History Time Line grew out of a writing–design project for the year 2000 which was intended for school-aged students. It is updated regularly for dead links.

Learning About Canada from Kidzone 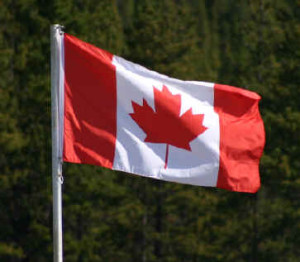 There are two printable worksheets provided which include some basic information about Canada along with a map of Canada (including Nunavut) to label and/or color.

Explore Canada through its wooly wildlife, giant geography and fun facts! Play games, get homework help and much more on this section devoted to CG Kids! 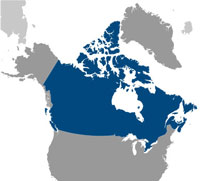 Learn some interesting information about Canada while enjoying a range of fun facts and trivia that’s perfect for kids!

Read about the climate in Canada, the languages spoken, its major cities, natural resources, coastline, border and much more.

Discover a year in Canada’s north from EcoKids

Have you ever wondered what polar bears do in the winter, or what permafrost means? Follow us to discover a year in the life of the North and find out what you never knew about this fascinating part of Canada.

Map on Canada from Canada Geographic 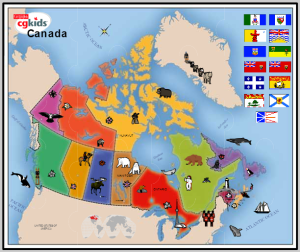 This is an online map puzzle of Canada for kids 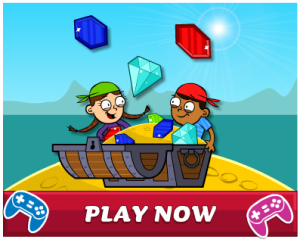 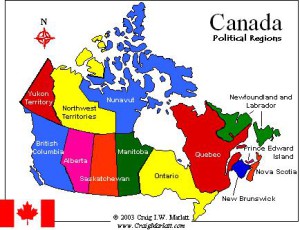 We have a growing collection of Canada Day printables for you to enjoy with your family here at Activity Village, including everything from Canadian flags to print, through cards, printable alphabets and acrostic poem printables!

Here are tons and tons of free resources on Canada. 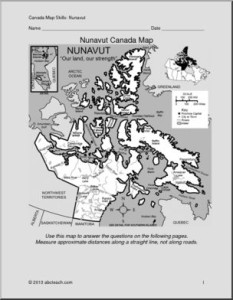 Canada spans more than half of the Northern Hemisphere and is the second largest country in the world. It also has the world’s longest coastline ~ there are oceans on three sides. Canada’s lakes and rivers make up about 20% of the world’s fresh water… 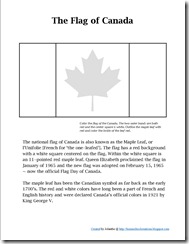 Canadian Province/Territory Unit Studies created by your About Homeschooling Guide to help children learn the geography of the Canada and learn factual information about every province. Complete the units and create a Canada notebook… 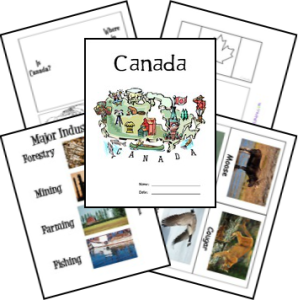 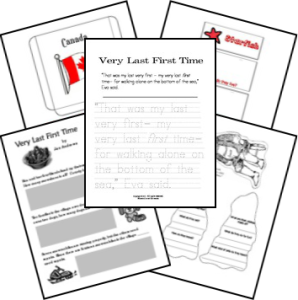