Dora Live in South Africa from Nickelodeon Africa on Vimeo.

Durban/Johannesburg/Cape Town, 17 March 2016: Nickelodeon (DStv channel 305), one of the leading entertainment brands for kids and family, has teamed up with Life Like Touring and Blu Blood to bring pre-school heroine and intrepid adventuress Dora the Explorer and her friends to South Africa this winter. Dora the Explorer Live! Dora’s Pirate Adventure, the ultimate, fantastic family-friendly theatrical experience, opens at the ICC, Durban (30 June-3 July), before moving on to Emperors Palace, Johannesburg (7-10 July), and finally dropping anchor at the Grand Arena, GrandWest Casino, in Cape Town (14-17 July).

Families and kids are invited to join Dora and her pals Boots and Diego on a voyage of discovery as they embark on an exciting trip to Treasure Island in search of the ultimate pirate party. Help them navigate over the Dancing Mountain and through the Silly Singing Bridge in pursuit of the Pirate Piggies. Along the way, Dora the Explorer fans will use their map-reading, counting, musical and language skills to successfully help Dora reach Treasure Island and avoid that pesky fox, Swiper! 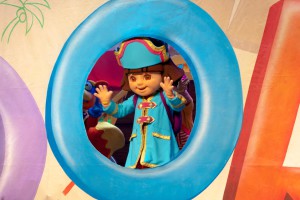 “We are pleased to partner with Life Like Touring to bring their new production of Dora’s Pirate Adventure to audiences in South Africa”, said Thomas Kingsley, Senior Manager, Recreation Business Development at Nickelodeon. “Now seen by families in more than 30 countries worldwide, our Dora Live! productions continue to engage fans of Nickelodeon’s beloved television show, while introducing children to the unbeatable experience of live theatre.” 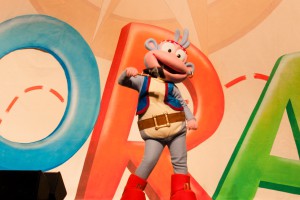 Commented Tasania Parsadh, Channel Director, Nickelodeon, Africa, “Dora’s Pirate Adventure incorporates the interactive and educational elements that make Dora the Explorer such a hit with kids – both here in South Africa and around the world. Live shows allow Nickelodeon to bring Dora and her world vividly to life on stage for kids and families.”

Added Osman Osman, Managing Director, Blu Blood, “We are pleased to be partnered with Life Like Touring and Nickelodeon in this new stage production of Dora’s Pirate Adventure. The show has travelled around the globe, and we are thrilled to add South Africa to the list of countries that Dora has visited on her latest adventure”. 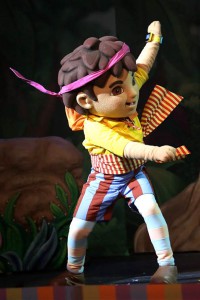 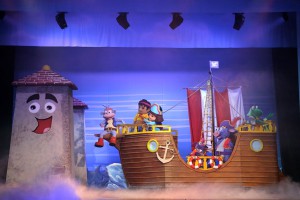 Dora the Explorer is a play-along, animated adventure TV series following Dora and her best friend, Boots as they explore their world. Since its launch on Nickelodeon in 2000, Dora the Explorer has emerged as a global phenomenon, seen around the world and translated into more than 30 languages. The show has received numerous international industry awards including the Peabody, NAACP, Alma, Latino Spirit, Gracie Allen, several Parents’ Choice Awards, the Television Critics Association award and 15 Daytime Emmy nominations.

Tickets for Dora’s Pirate Adventure are on sale at Computicket outlets, on Computicket.com or 0861 915 8000 and at Checkers and Shoprite stores nationwide. Tickets are also available at the Emperor’s Palace Box Office and the Box Office at GrandWest Casino.

Dora’s Pirate Adventure is brought to South Africa by Blu Blood and Life Like Touring in association with Nickelodeon.