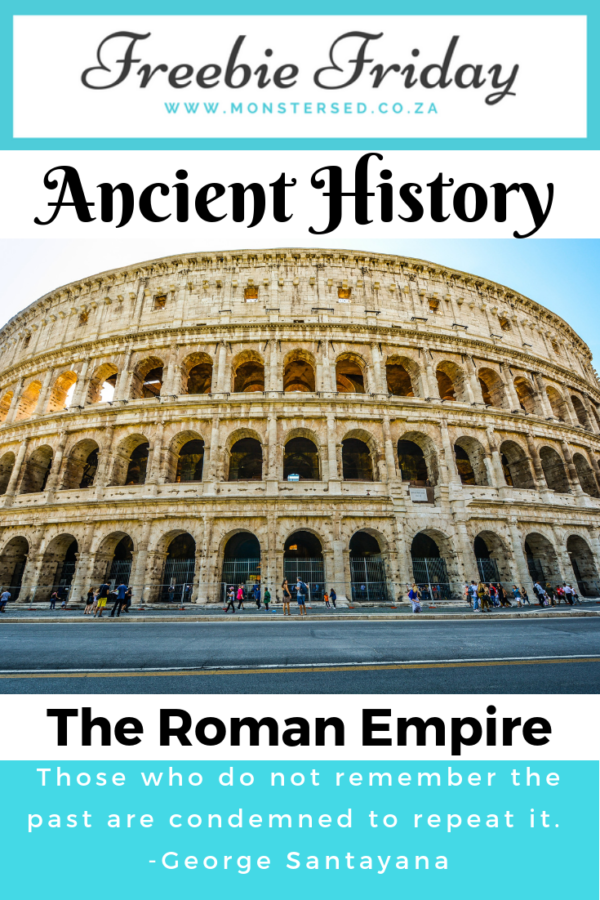 Researching Ancient History has always been something I have enjoyed. Finding the Roman Empire Resources has been particularly enjoyable and I couldn’t wait to share these fun resources with you. 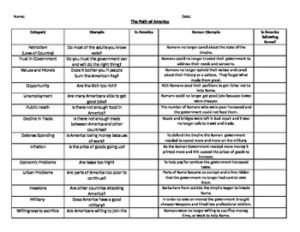 This worksheet reviews the many reasons for the Fall of Rome and asks students if America is following in the same steps as Rome in ways that are easy for middle school students to identify. 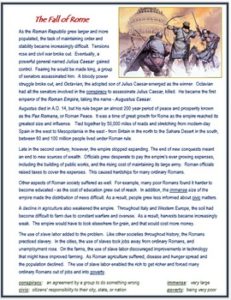 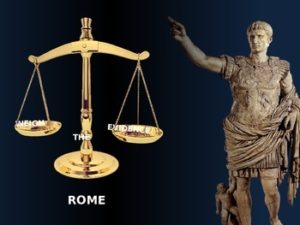 An examination of primary and secondary sources regarding the legacy of the Roman Empire. Students analyze each source in order to draw a conclusion which they will then support with evidence. Designed specifically for the Common Core but also to be accessible and engaging for middle school students. 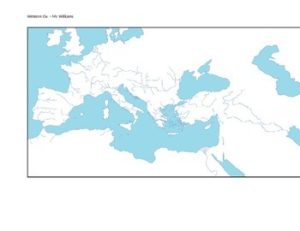 This is a map labeling activity that I have used in Honers Western Civ. & Western Civ. The map could easily be used for a World History or Geography class as well. The map focuses on the Roman Empire. Students need to write out where these locations are. This is also a good study tool for the unit test which requires them to identify some of the major geographic features in the region. 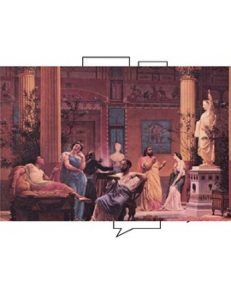 For this activity my goal was to list the successes of Rome and explore why it declined. You will need to find a video that explains the decline of Rome. My school happens to have a Discovery Education account and I am using their video “Civilizations: Fall of Power” as a basis for the note taking portion. (Please note, the link to this video is not included).

The second part of the lesson involves the students taking their notes and evaluating the causes for the decline by filling in thought bubbles on paintings of Romans.
(All pictures are google pictures). 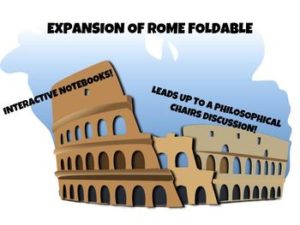 EQ: Did the benefits outweigh the costs in Rome’s expansion?

Use this foldable to help your students record information about the Roman Empire’s four expansions. I use chapter 34 in HIstory Alive: The Ancient World

Great to use with Cornell notes or with a map coloring in the 4 expansions!

Leads up great to a Philosophical Chairs discussion centered around the EQ. 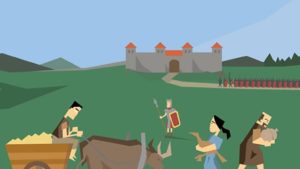 Roman Colouring pages from As the Romans Do 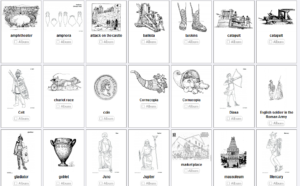 Make history fun and teach your kids about Ancient Roman with these Colouring pages.

Rome was an Empire for over 500 years. During this time there were over 140 different emperors! 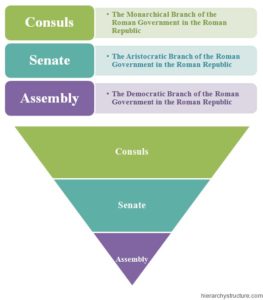 Ancient Rome was one of the most exquisite and thriving civilizations that started growing on the Italian Peninsula in the beginning of the 8th century. The civilization was centered on the city of the Rome and expanded amorously to become one of the largest empires in the ancient world. 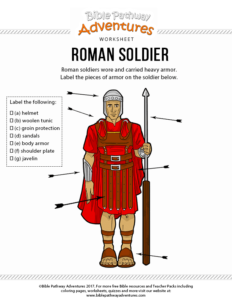 Enjoy our free worksheet: Roman Soldier. Fun for kids to print and learn more about the Roman Empire. At the time of Yeshua (Jesus), the Roman Empire ruled Judea. Life for a Roman soldier was tough. They were often involved in intense battles. Simply right-click the worksheet, save to your computer and print. Feel free to share with others, too!