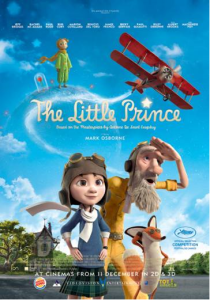 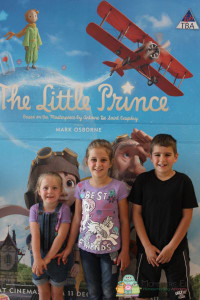 The kidlets were treated to a visit from the Prince, Princess and the Frog Prince. There was also a balloon artist and face painting before the movie started. 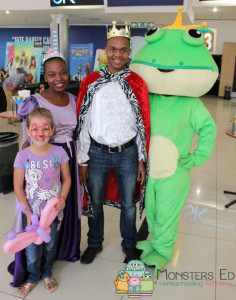 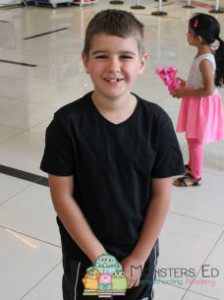 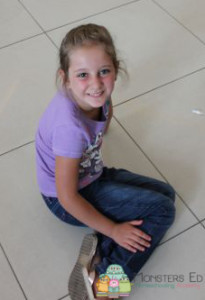 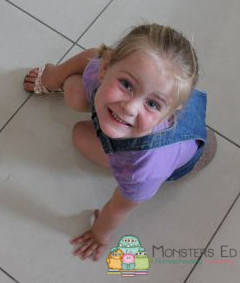 Koko (who has decided that he’s too old for face painting *sob*), asked the balloon artist for a rifle. 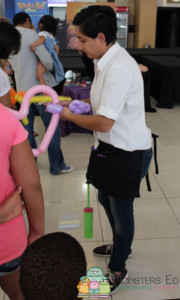 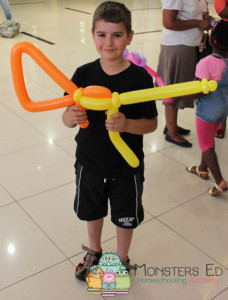 She is FANTASTIC and made the girls each a Tiger, Pixie’s animal of the day (there was love at first sight), and a butterfly for Fifi. 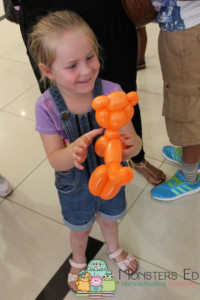 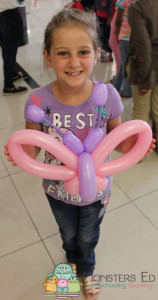 The face painter was amazing. Fifi asked to be made into a bear. How beautiful did she turn out? Can you spot the glitter that was added? A girl can NEVER have too much glitter. 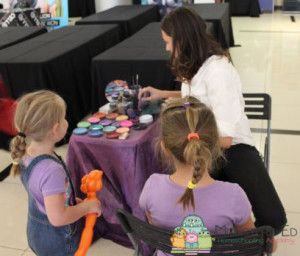 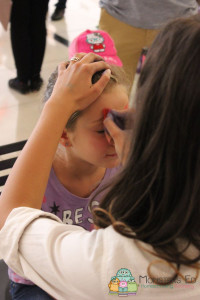 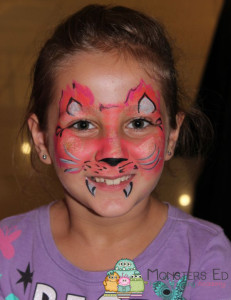 Pixie asked to be made into a tiger and giggled her way through the whole experience. The face painter was patient with her and worked around Pixie’s constant touching and smudging. 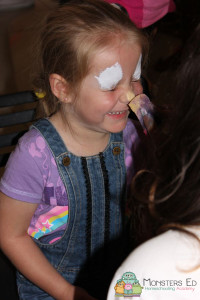 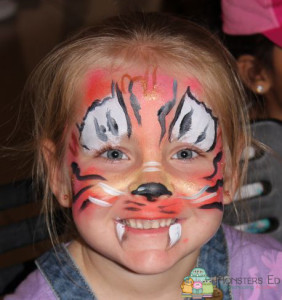 Our scary Bear and Tiger! 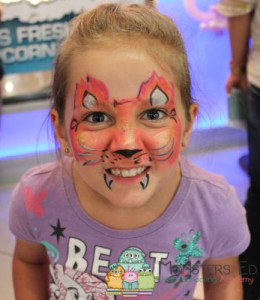 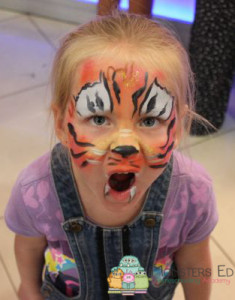 Once we got into the cinema, we were surprised by these little goodie bags filled with a Cap and Scholastic booklets from BURGER KING® South Africa and a “The Little Prince” kaleidoscope from Toy Kingdom. 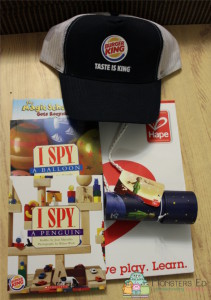 The movie was amazing. I highly recommend it to everyone, of all ages. Pixie, who is 4, sat through the whole movie till the end. Koko and Fifi loved it and have asked for us to purchase the DVD to watch again when it becomes available. It’s a beautifully told story about a little girl who lives in a very grown-up world with her mother, who tries to make sure she is prepared for it. Her neighbour, the Aviator, introduced the girl to an extraordinary world where anything is possible, the world of The Little Prince. The movie is an adaptation of the book, “The Little Prince”, by Antoine de Saint-Exupéry. 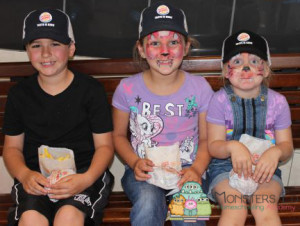 The kidlets and I had a fantastic time! If you do nothing else this December Holiday, take your children to go watch this amazing movie, you won’t regret it. 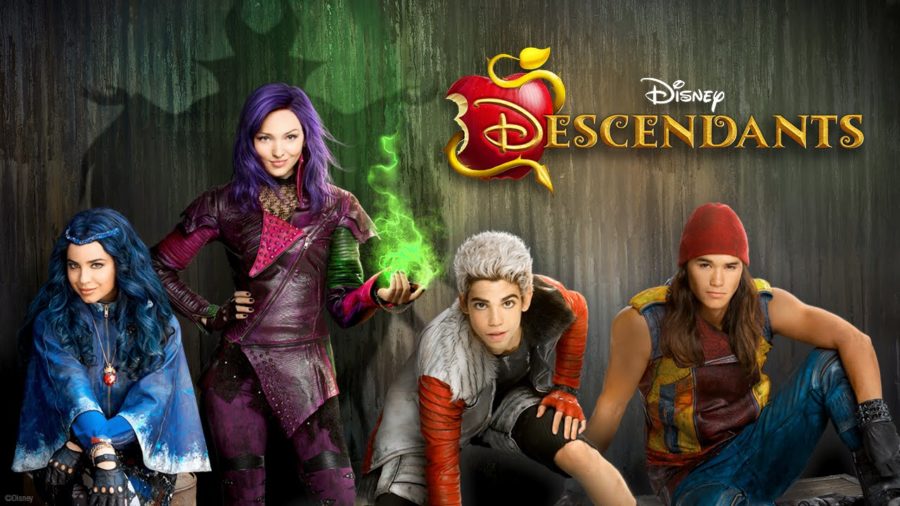 Today we went to our first movie premier for Disney’s Descendants! It was fantastic. We walked down the red carpet with camera’s rolling and the kids had an absolutely fantastic day! Fifi invited one of her best friends, T, to join us.

When we arrived this morning, we noticed signs that a show would be filmed while we were there and we had to sign waivers allowing them to use footage of us! The kids were super excited to participate. We then saw that we’d be walking down a red carpet and into an entertainment area with a buffet full of yummy treats and sandwiches to fill our bellies before going into the movie theatre. 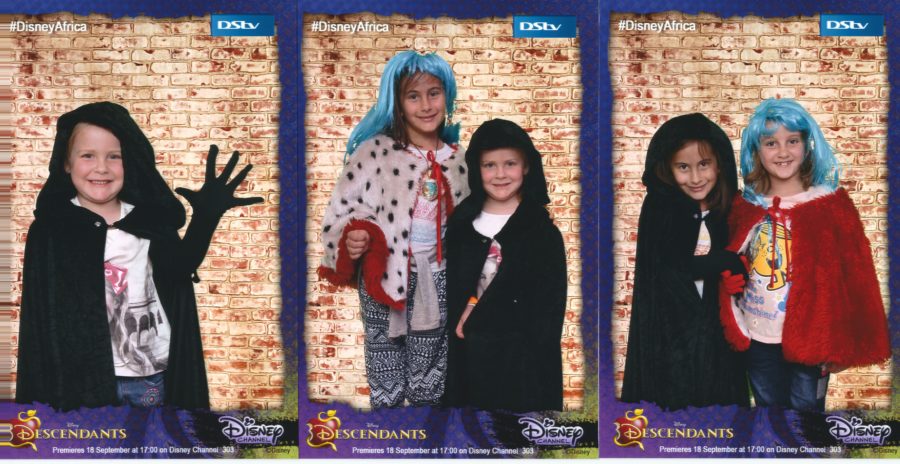 They had photographers there taking photos of the patrons and they were even allowed to dress up. Fifi, Pixie and T had tons of fun posing for the camerA. 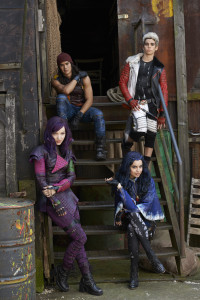 The movie reminded me quite a bit of High School Musical. I love that each character has a back story and that they bring in their parents’ stories too. Without giving to much away, this movie is AWESOME. If you like musical shows, this one’s for you! All the kidlets loved it, even Koko!

Click on the image to read more about the main characters. This image was created by ichaelbarnes on Deviant Art.

In the magical kingdom of Auradon, Prince Ben, the son of King Beast and Queen Belle, is preparing to take the throne. His first official proclamation: the children of the Isle of the Lost, home to the most infamous villains, should be given the chance to live in Auradon. Mal, Evie, Carlos and Jay travel outside the realms of the island prison for the first time in their lives. Will they follow in their parents’ evil footsteps, or will they choose to embrace their goodness and save the kingdom? 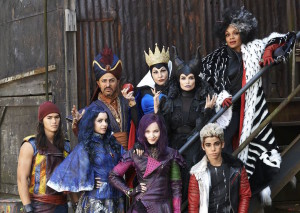 Don’t miss Descendants on 18 September 2015 at 5pm, only on Disney Channel!